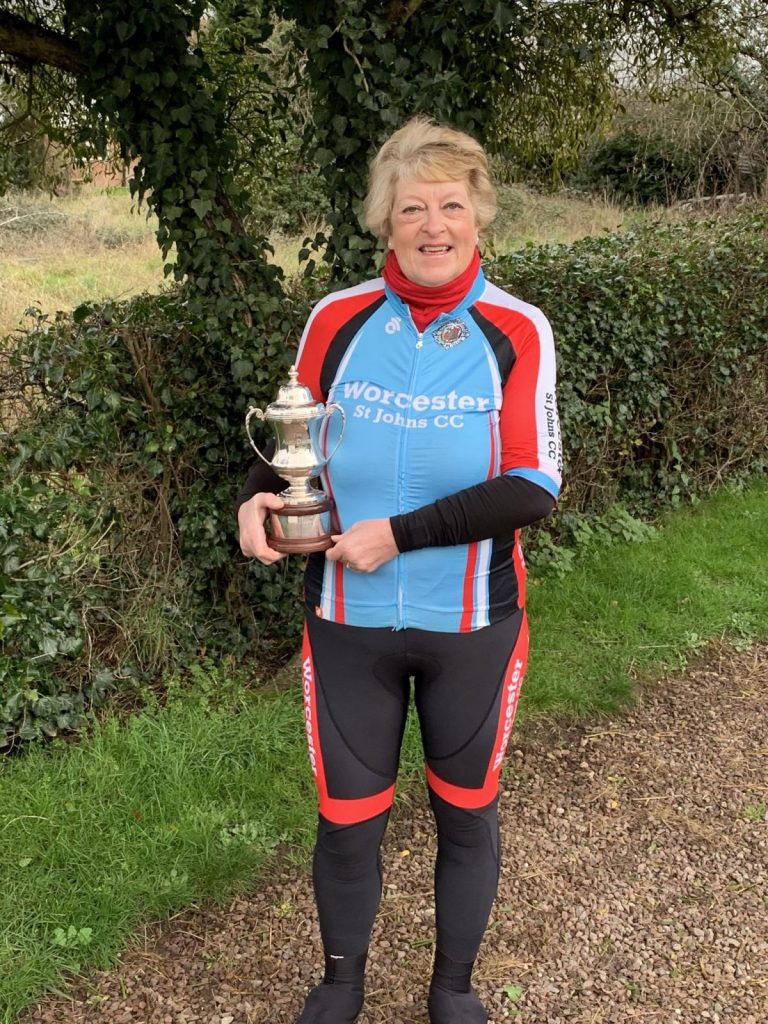 THE USUAL red carpet treatment for WSJCC awards evening was sadly missing last year due to the Covid 19 pandemic.

But that did not dull the excitement for the winners after this year’s stuttering events calendar due to cancelled Time Trials and a host of other events.

One regular bi-weekly session that battled on through floods and the pandemic was the WSJCC Wellbeing and Introductory ride organised and run by Jan Basford.

It has proven so successful Jan was presented with the coveted Alec Davies Clubman of the Year Award.

“I feel very honoured to have won this trophy, “said Jan, who launched her initiative less than two years ago for beginners and riders seeking a slower pace and those living with short or long term health conditions and disabilities.

“This ride goes from strength to strength. There were 175 riders out in total last year and we abandoned just two of the planned 15 rides due to lockdown and the weather,” added Jan.

Ricky Hughes carried off a magnificent haul of trophies.

These included the Harvey Cup; the Dinley Cup; Kinnersley Cup; D and G Hughes Cup; the Heron Shield and the Bob Short Cup.

Martin Stanley walked off with the James Challenge Cup.